A High Court hearing tomorrow (27 April) will order the Government to explain its plans to delay publication of a crucial clean air plan for the UK. 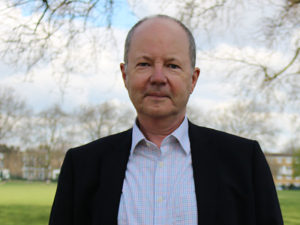 The Government was ordered by the court to produce a new air quality plan by 4pm on Monday 24 April after the judge in a previous ruling questioned the pollution modelling ‎used for the previous plan and said it was “inconsistent” with taking measures to improve pollution ” as soon as possible”.

The plans were widely expected to include a ‘toxin tax’ for diesel drivers along with a scrappage scheme.

However, after Theresa May called for a snap General Election to take place on 8 June, the Department for Environment Food and Rural Affairs (Defra) applied for a last-minute extension to the deadline for its revised Air Quality Plan, citing “pre-election proprietary rules”.

Environment Secretary Andrea Leadsom added that the Government seeks to publish a draft plan by 30 June and a final plan by 15 September.

Tomorrow’s hearing will take place at 10.30am and will be attended by environmental lawyers from ClientEarth.

CEO James Thornton said: “This is a public health issue and not a political issue. Urgent action is required to protect people’s health from the illegal and poisonous air that we are forced to breathe in the UK.

“This is a matter for the court to decide once the Government has made its arguments because it is the government which has not met, and instead seeks to extend the court’s deadline for the clean air plan, to clean up our air.”

Aaron Kiely, Friends of the Earth air pollution campaigner, added: “It is outrageous that there is a delay to the draft Air Quality Plan – this is needed urgently to protect people’s health from lethal and illegal levels of air pollution.

“Everybody, everywhere has the right to breathe clean air – we need to see Clean Air Zones covering everywhere with illegal levels of air pollution.

“Government must act to protect the lungs of the nation by ending illegal levels of air pollution by 2018, phasing out diesel by 2025, and putting the UK on a path to meet World Health Organisation air quality standards.”

According to ClientEarth, the government is currently failing to comply with pollution laws and adds that a total of 37 out of 43 regions of the UK are in breach of legal limits for nitrogen dioxide.

Earlier this year, the European Commission sent final warnings to the UK as well as Germany, France, Spain, Italy for failing to address repeated breaches of air pollution limits for nitrogen dioxide.