The first heatwave of the summer has caused havoc for some drivers with vehicle cooling systems in melt down and an unexpected 44% rise in road traffic accidents, the RAC has reported. 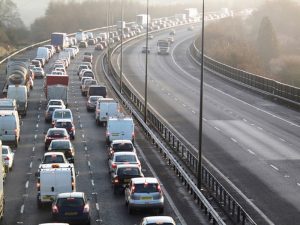 According to figures from RAC Traffic Watch, a total of 14.4m cars will head off on holiday over the coming days

Traffic Watch spokesman Pete Williams said: “As the temperature gauge continues to knock on 30 degrees across many parts of the UK we saw a 23% increase in issues with vehicle cooling systems yesterday. These ranged from cars overheating to broken fans and problems with air con systems.

“We also received many calls from drivers who were caught out when their electric roof or sunroof jammed or failed to open and many more with problems with their electric windows.

“We also received a high volume of calls from drivers who found pools of water under their vehicles. This can be a particular cause for alarm but at times of high temperatures when the air con has been working overtime the unit freezes as it takes moisture out of the car and then when the car is parked this ice melts causing a puddle. The advice is to check whether this is simply odourless water or if it has coolant in and a clear smell and colour. If it is the former then there should be no need to worry.”

Williams added that the 44% increase in road traffic accidents is a major cause for concern, explaining: “There may be a wide variety of reasons for this including the increased volumes of traffic, bright evening sunshine causing glare and a distraction for drivers but we expect the biggest factor can be attributed to driver fatigue, heat exhaustion and frustration.

“So it is really important to leave plenty of time for your journey, take breaks and keep well hydrated. This is particularly an issue when the hot weather makes getting a good night’s sleep a challenge.”

The RAC has also warned that the UK’s major roads will be thrown into ‘traffic overdrive’ from Thursday to Sunday as schools break up for the summer this week. According to figures from RAC Traffic Watch, a total of 14.4m cars will head off on holiday over the coming days.

Saturday is due to be the single busiest day with 4.5 million leisure journeys expected – a total of 1.6 million more than the same Saturday last year. In fact the RAC estimates the 2016 end-of-term getaway will lead to 5.4m more car trips from Thursday to Sunday than last year.

So-called Black Friday when millions of motorists make an early dash to beat the traditional Saturday holiday traffic is believed this year to be worse than ever with 3.3m holiday-laden cars joining normal rush-hour traffic – this is 700,000 more than seen in 2015. And unusually, Sunday traffic levels are expected to be close to the Saturday high with 4.2m holiday car trips planned.

Previous: 90% of fleets not using TCO to select vehicles, finds new research
Next: The Insider: The only certainty is uncertainty