More than half (53%) of new drivers say the current hazard perception test is out of date and in need of modernisation. 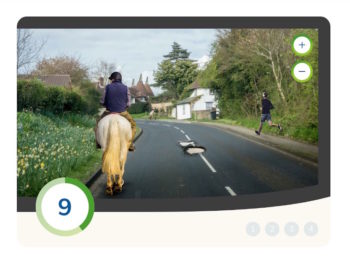 That’s the finding of new research from LV= General Insurance, which is urging the Government to update the test.

The Royal Society for the Prevention of Accidents (RoSPA) has supported the call for the test to be updated. Kevin Clinton, head of road safety at RoSPA, said: “In recent years, more accidents have occurred due to ‘modern’ driving hazards. For example, year-on-year we have seen an increase in the number of incidents due to potholes. Our advice to new drivers is to expect the unexpected.”