Have you got the Power? 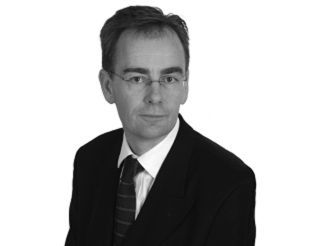 When it comes to surveys there's one particular researcher that can strike fear or joy into carmakers. For over 40 years JD Power has held carmakers to account as the self appointed ‘Voice of the Customer’.

Recent years have seen the research giant step up its activities in the UK with brands quick to either realise the benefits of including accolades in their marketing or move to address shortcomings ahead of the follow-up survey.

This year sees a new JD Power survey which cuts to the heart of the ownership experience and is as relevant to fleet managers and company cars drivers as it is to private customers. The JD Power 2015 UK Customer Service Index (CSI) Study was published in August and identified which brands offer the best customer experience through their dealer networks.

The methodology was robust, drawing upon an analytical template used around the world in 16 countries. The inaugural UK survey was based on a sample of 9,091 respondents who purchased a new vehicle between April 2012 and March 2014. The research was conducted between March and May 2015.

The study measured customer's satisfaction with their service experience at franchised dealerships for both maintenance and repair work. It analysed this satisfaction by examining five measures, which it listed in order of importance as: service quality (26%); service initiation (23%); service advisor (19%); vehicle pick-up (17%); and service facility (16%).

The overall satisfaction score was calculated on a 1,000-point scale.

What is helpful for fleet managers is that the research was split into premium and volume brands: the results are revealing.

It’s a given that the German brands know how to deliver top quality cars utilising the latest technology and presenting them in desirable packages but, according to the survey, their customer service was found wanting.

The highest ranked premium brand was Volvo with a satisfaction score of 779. This is an impressive showing for a carmaker that was pretty much starved of new product during the period covered by the research as Geely, its Chinese owner since 2010, was still taking stock of its acquisition. Second was Land Rover with 767 points, a brand which has benefited from its ownership under Tata with the Range Rover Evoque attracting conquest customers since its 2011 debut. Third place went to Audi, the highest rated German brand with 762 points.

With both Jaguar and Lexus included in the survey, but excluded from the rankings by JD Power because of their small sample size, the average score for premium brands was 761. This meant both Mercedes (756) and BMW (754) were found to be under par. A surprising result considering the high level of investment both brands expect its dealers to make in delivering the highest possible levels of customer satisfaction.

There were plenty of surprises among the volume brands too. With 17 brands in contention and the likes of relatively low volume players such as Suzuki, Mazda and Seat jostling with the accepted big boys, the overall average was 737. The top performer was Honda (768) an impressive achievement for a brand that had effectively put a hold on its launch activities as it grappled with Japan’s economic downturn and the impact of the 2011 earthquake and tsunami. The period also saw UK sales nosedive but Honda customers are a resilient and loyal breed and have clearly been looked after by dealers.

Suzuki and Toyota were ranked joint second with a score of 759 and Kia and Skoda shared fourth place with 758. Mini took fifth place with 747 points.

“The common perception is that the luxury brands are able to deliver a more satisfying customer experience, but the study shows this is not the case,” said Dr Axel Sprenger, JD Power’s senior director of European automotive operations.

“Any brand and any dealership can provide a consistently positive customer experience if they make it a priority and have the people and processes in place. When they do they will be able to build customer loyalty.”

Choosing the right company car is a relatively straightforward process as it involves tangible factors such as emissions, fuel consumption, list price and whole life costs. However, with vehicles requiring regular servicing and maintenance, the ability of the brand’s dealers to deliver high levels of customer satisfaction is also an important consideration for you and your drivers.