Harrods has implemented a salary sacrifice scheme from Tusker as part of an overhaul of staff benefits. 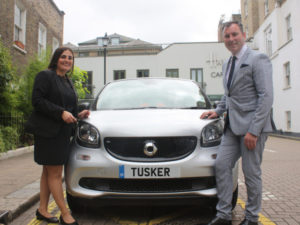 Harrods has implemented a salary sacrifice scheme from Tusker

Deployed after head of employee experience, Niall Ryan-Jones found that benefits across the business had “stagnated”, the Car Benefit Scheme is aimed at staff at the company’s flagship store in Knightsbridge as well as its London and Thatcham offices and smaller airport concessions and is provided through a bespoke benefits app.

The scheme was launched with a competition to win a Smart car and has already seen a lot of attention from employees across the business, according to Harrod’s benefits, recognition & engagement impact manager, Gillian Round.

Tusker has also been on hand to deal with queries about salary sacrifice and the tax efficiencies, in particular following HMRC’s recent confirmation of how the new Optional Remuneration Arrangements (‘OpRA’) legislation should be applied. Round continued: “There have been a few questions about salary sacrifice as its been in the news quite a bit, but we’ve had a lot of information from Tusker about the savings still available to employees so we’ve been able to reassure those individuals.”