Half of young drivers have had a work-related call while driving, says Brake 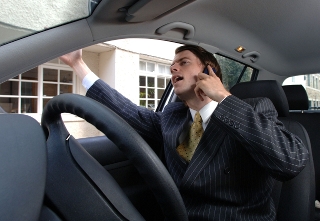 The road safety charity’s research shows that over the past year:

Worryingly, the figures increase dramatically for young drivers (17-24). In the past year:

Brake added the figures include both hand-held and hands-free phone calls, as studies have proved both are as dangerous, making you four times more likely to be in a crash that causes injury. That’s why Brake calls for all phone use, including hands-free, to be banned at the wheel, and appeals to drivers to put their phones on silent and out of reach before getting behind the wheel.

Brake also asked drivers how long they drive without taking a break. Two-thirds (67%) admitted driving for more than the recommended two hours, with a quarter (24%) doing so once a month or more. Research has found driving performance deteriorates after this time, as you become less able to concentrate and slower to react to hazards.

In response, Brake is advising drivers to take a break for calls, by taking a minimum 15 minutes break at least every two hours, and using those to make calls and respond to messages, as well as resting, rather than putting lives at risk by using a phone at the wheel.

Brake is also urging friends, family, employers and colleagues to do their bit and make life easier for drivers by not calling them or continuing phone conversations while they’re at the wheel, with Julie Townsend, deputy chief executive, Brake, saying: “Employers, too, have an important responsibility to make sure they are not putting their employees in danger.”