Half of fleet motorists now typically drive at 80mph on motorways

The number of company car drivers admitting to speeding on motorways has risen over the last year, new research from RAC Business finds. 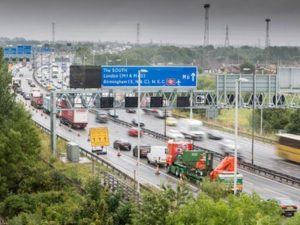 Nine out of ten (88%) company car drivers admit to speeding on motorways, according to new research from RAC Business

Forming part of the RAC’s Report on Motoring 2016, the research found just over half (51%) of company car drivers said they typically drive at 80mph on motorways and 7% drive at 90mph – up from 46% and 5% respectively

In addition, 60% of company car drivers think it is totally acceptable to travel at 80mph on motorways and a third (31%) think the current speed limit is inappropriate for the road. In line with that nearly three quarters (71%) believe the motorway speed limit should be increased to 80mph.

In comparison, fleet drivers are more cautious on more high risk routes such as country roads with numerous bends where only 5% travel over 60mph, or in 20mph urban area zones where two thirds of company car drivers keep within the limits.

Jenny Powley, corporate business sales director at RAC Business, said that the Report on Motoring 2016 reveals some worrying upward trends and urged caution among business drivers who don’t see a problem with breaking the speed limit.

She said: “Knowingly breaking the speed limit is a dangerous approach to driving, whether you think you can justify it or not, and the risks associated with speeding far outweigh the time saved. After all, driving at 80mph instead of 70mph will only save you six seconds a mile, or 10 minutes over 100 miles.

“It’s also worth considering the impact of speeding on fuel efficiency. According to the Department for Transport, driving at 80mph can use 25% more fuel than driving at 70mph, so this can have a significant impact on the business’ bottom line.

“A key way in which companies can respond to this growing problem is to make the most of telematics technology to identify high risk drivers and journeys and use the data to inform their staff training.

“Encouraging better driving behaviour will not only result in safer roads, but also enable significant savings on the cost of fuel and wear and tear on vehicles. It’s also really important to not just focus on motorways. ROSPA data shows us that around two-thirds of crashes in which people are killed or injured occur on roads with a speed limit of 30 mph or less, so it is essential that company car drivers are on high alert throughout their journeys, not just at the highest speeds.”