Certas Energy is deploying rapid chargers on Gulf forecourts across the UK. 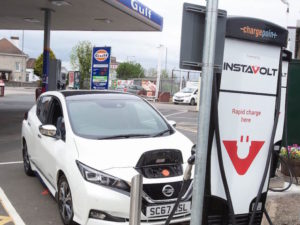 Drivers can pay using their contactless credit or debit card and the stations can also be updated to keep pace with evolving EV technology to deliver faster rates of charge.

The charging stations are being run by InstaVolt on a nationwide lease agreement, and are installed by InstaVolt and maintained for free, giving Certas Energy a rental income in return for use of the space.

“Certas has chosen InstaVolt because of its expertise, the flexibility of the deal and the company’s proven ability to evolve with this rapidly advancing technology,” said Colin Levy retail operations manager, Certas Energy.