Grey fleet drivers at risk of brake and tyre issues

Fleets with grey fleet drivers are being urged to revisit their risk management as new research indicates private vehicles may be plagued by high-risk MOT advisory issues. 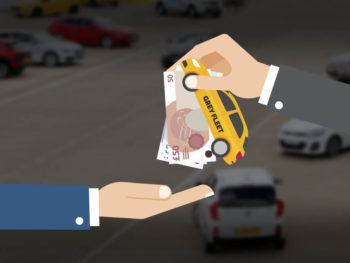 According to UK car warranty provider Warranty Direct, since the MOT changes in May 2018 introduced ‘dangerous’, ‘major’, ‘minor’ and ‘advisory’ categories, there have been 8,712,403 vehicles with one or more advisory issues.

The analysis – calculated by using the latest MOT and vehicle testing data from DVSA – revealed faulty braking systems were one of the main, serious issues across the country, making up 34% of all advisory cautions.

Poor tyre conditions were also a common reason for advisory issues across the UK, according to the DVSA, causing 35% of all advisory cautions. Nearly half of tyre-related advisory issues were due to vehicles operating too near the recommended minimum tread depth.

The research also showed that suspension accounted for 24% of issues, followed by engine problems at 5% and exhaust at 2%.

With cars classed as having minor and advisory issues still able to pass their MOTs, the findings are regarded as a significant concern by Warranty Direct; CEO Simon Ackers said they indicate “a large proportion of drivers are taking potential, unnecessary risks when it comes to vehicle safety”.

He added: “Ignoring or leaving advisory issues for too long could lead to serious accidents and high repair costs for drivers. We recommend all motorists take the correct safety measures and deal with any advisory issues as soon as possible.”

The analysis reinforces the need for fleets to take a stringent approach when it comes to management of grey fleet vehicles, as per research carried out by the BVRLA in 2016 that highlights the average grey fleet car is older and has fewer safety features, as well as being more polluting.

The BVRLA research indicates that grey fleet cars are on average 8.2 years old – this compares to the typical 3-4 year cycles operated for company cars while even the overall UK car parc is younger than the grey fleet, standing at an average 7.9 years old. As such, grey fleet vehicles are more likely to be at risk of MOT issues.

The BVRLA research also shows that while the vehicles used by employees under cash allowance schemes are more modern than grey fleet vehicles, a large proportion of them are over five years old, again increasing the risks.

To help fleets get to grips with grey fleet issues, Fleet World is working with both the BVRLA and Alphabet to get to the crux of the UK’s grey fleet status today.

Operators running grey fleet vehicles are being invited to take part in a short survey looking at whether grey fleet take-up has increased in recent years. The findings will be published in the September issue of Fleet World, alongside latest advice on combating the risks presented by such vehicles.

To have your say in the Fleet World grey fleet survey run in association with the BVRLA and Alphabet, click here.