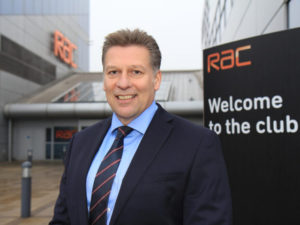 Already in use in Europe, where it has caused some controversy, the E10 fuel – which usually carries ‘green’ branding – features 10% bioethanol content compared to 5% in standard unleaded petrol in the UK, could finally make it to the UK where it could help meet transport carbon targets and support the economy, according to a new report by the LowCVP.

Its introduction has been greenlighted by the Department for Transport, which in its response last week to the consultation on amendments to the Renewable Transport Fuel Obligations Order said increasing the renewable content of petrol by moving to E10 fuel should make “achieving our targets easier and potentially more cost effective, as well as providing an economic boost to domestic producers” and added that the government would work with industry to facilitate any future introduction of E10 petrol. However, RAC Business has warned that the introduction could bring issues for fleets.

Although compatibility issues with older vehicles – highlighted in the LowCVP report – are not expected to affect fleets, the increased usage of bioethanol in E10 and its impact on fuel efficiency, particularly for cars with smaller engines, could present problems.

According to the LowCVP report, biothanol has a lower energy density than petrol and, consequently, the volumetric fuel consumption using E10 petrol is expected to be slightly (1.5%) more than E5 petrol.

RAC Business spokesman Roger Williams said the issue could lead to drivers filling up more often and adding to the annual fuel bill.

He also warned of other issues: “What we know from Europe where it has been rolled out in France, Germany and Finland over the past few years is that it hasn’t been well received in all quarters, with some drivers actively boycotting it due to potential damage to their vehicles.”

Williams concluded: “It’s important that fleet managers are aware of the change and that they liaise with their leasing companies, or main dealers and retail centres, to ensure they get the right advice for their vehicles direct from the manufacturers.”