Greater Manchester’s long-delayed Clean Air Plan has been signed off, bringing an expected launch date of 30 May 2022 for the Clean Air Zone that’s part of it. 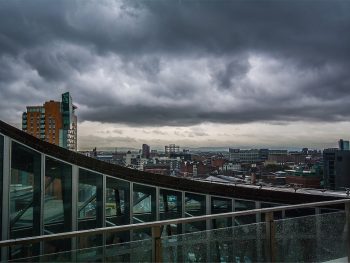 The combined authority was mandated by the Government to explore a Clean Air Zone, which was originally due this year but moved back to spring 2022 due to the pandemic. However, while the pandemic led to brief air quality improvements, a CAZ scheme is still regarded as essential for long-term reductions in roadside pollution.

Following a consultation last year, the ‘Class C’ scheme approved by Greater Manchester on 25 June 2021 and will cover buses, coaches, taxis, private hire vehicles, HGVs, vans and minibuses but not private cars. It’s intended to secure compliance with nitrogen dioxide (NO2) legal limits on local roads in the shortest possible time, and by 2024 at the latest.

The CAZ boundary will cover the whole of Greater Manchester, excluding the strategic Road Network (SRN) which is managed by Highways England, and will also include sections of roads passing through the villages of Hollingworth and Mottram as these are some of the most polluted stretches of road in the region.

Greater Manchester has also secured more than £120m in government funding to help businesses upgrade to cleaner, compliant vehicles, with applications to open from November this year.

Funding support has increased from the original plans. Vans can now access up to £4.5k towards the replacement of a vehicle – £1k more than initially proposed – and GM hackney Cabs can get up to £10k. HGVs can now get up to £12k towards replacement, nearly three times more than was initially offered, and coaches are now eligible for £32k.

And following last year’s consultation, GM-registered taxi/private hire owners and LGV owners will be given more time, money and options to upgrade.

The work will also advance GM’s plans for a fully integrated ‘Bee Network’ cycling and walking network. Bike-share company Beryl has been confirmed as the city-region’s cycle hire delivery partner, delivering one of the largest schemes outside London.

This month will also see Greater Manchester’s New Electric Vehicle Charging Infrastructure Strategy published, setting out an ambition that, by the ICE ban in 2030, anyone who chooses to travel by car or van will be able recharge it quickly and conveniently across the city-region.

Mayor of Greater Manchester, Andy Burnham said: “The fact is that air pollution is not a problem that is going to go away on its own. Not only has our plan been directed by national government, we’ve taken this seriously and fought to get a plan which has the right funding support for residents and to protect those most vulnerable as well as our trade and businesses. This plan will also have major health and wellbeing benefits for people living near motorways or major roads as there will be less polluting vehicles and HGVs using them.”

But the CAZ has come under fire for excluding private cars and not applying to vans and taxis until 2023. Sarah MacFadyen, head of policy at Asthma UK and the British Lung Foundation, said: “Greater Manchester has some of the worst rates of childhood asthma and lung disease in the country and it is vital that the mayor takes the lead in cleaning up the dirty air that is contributing to this.

“This plan, which will allow high-polluting vans and taxis and private vehicles, to continue polluting the air for a further two years and could contribute to thousands of early deaths, is just not good enough.

“Air pollution is bad for everyone’s health but people living with lung conditions are at greatest risk as it can trigger life-threatening asthma attacks and flare-ups of COPD.

“The mayor should fully commit to stamping out toxic air and urgently bring into force a more comprehensive Clean Air Zone that tackles all polluting traffic, including private cars, within the shortest possible space of time and will help keep people’s lungs safe.”