More drivers than ever plan to ‘go electric’ when they next change their cars – but upfront costs remain a barrier. 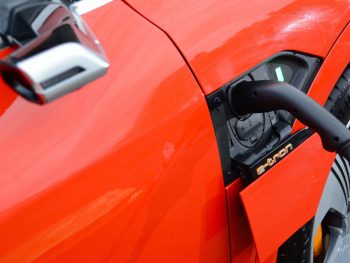 Research from the latest RAC Report on Motoring finds that EVs remain out of many drivers’ price ranges, prompting most to say they would like more financial help from the Government.

More than half of drivers (53%) said they would like to see VAT on zero-emission vehicles either cut or abolished entirely, with a slightly smaller proportion (48%) preferring a scrappage scheme to make switching from a conventionally powered one to a battery-electric model affordable.

Better charging facilities are also a key focus for would-be EV drivers. More than four in 10 drivers (43%) say they want the Government to set a binding national target for access to public charge points, such as ensuring 95% of the population live no further than five miles from the nearest charge point. Nearly three in 10 (28%) meanwhile believe the price of charging at public chargers should be capped.

RAC data insight spokesman Rod Dennis said: “If the Government really wants to stimulate demand for electric vehicles quickly, then it either has to boost the Plug-in Car Grant or remove, or cut, VAT for a fixed period of time. While removing VAT would lead to lower list prices, it would also cost the Government a lot more and may be more favourable to people choosing more expensive models. The current grant scheme is already in place so increasing it may be the easier option to implement. Either scheme may need to be more heavily incentivised over the next few years until such time as the list prices of electric cars fall of their own accord, as a result of manufacturing costs dropping.

“A healthy market for new electric cars in the UK will also have another major benefit – it will mean more EVs make their way onto the second-hand market, improving affordability of zero-emission models for everyone.”

Previous: Used car sales down in 2020 but prices rise
Next: Size of UK company car and grey fleet markets mapped out in new BVRLA report