Government urged to take bull by horns on road safety 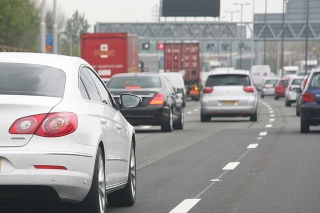 The organisations have called on the Government to fight back against road danger as new Department for Transport stats show that casualties of all severities rose to 194,477 in Great Britain in 2014, an increase of 6% from 2013, interrupting what was a steady downward trend since 1997.

The DfT figures for 2014 also show that:

In response, Brake, the road safety charity, is calling for the reintroduction of ambitious casualty reduction targets, axed in 2010.

Ed Morrow, campaigns officer for Brake, said: "We should be under no illusions as to the seriousness of these figures. Hand-wringing about statistical significance aside, the reversal of a downward casualty trend that has been ongoing for 17 years does not happen by chance. What is absolutely crystal clear is that things are not getting better, and that simply isn't good enough.

"The Government must take the bull by the horns on this, and it can start by reintroducing ambitious casualty reduction targets, with an ultimate aim of reducing deaths and serious injuries on our roads to zero. Every road death causes unimaginable human suffering, and every road death is preventable.

"Britain claims to have some of the safest roads in the world, but that just isn't true if you are one of the many people who want to get around on foot or bike. Pedestrians and cyclists are picking up the tab for the government's failure of ambition – a 20mph default urban speed limit is a key step to rectifying this."

Meanwhile the RAC has called on the Government for a new national strategy on road safety.

RAC chief engineer David Bizley said: “These figures will make for disappointing reading by the Government, road safety professionals and the general public; it does appear that the days of annual reductions in road casualties are well and truly over.

“The rise in the numbers killed or seriously injured among the pedestrian, cyclist and older age groups is of significant concern. The 17% rise in over 60s killed on our roads, the largest increase of any age group, is a timely reminder of the challenges of dealing with an ageing population, that need to be tackled – not just in terms of older drivers, but also what measures can be taken to keep older pedestrians and cyclists safe on increasingly busy roads.

“National efforts to tackle road safety appear to be stalling, after decades of progress in the reducing the numbers killed or injured on the roads. A new national strategy on road safety cannot come soon enough. These figures serve to highlight just how pressing the need is for road safety to be given the political focus it clearly so desperately needs.