A new campaign calling on the Government to actively encourage people back on board public transport has launched. 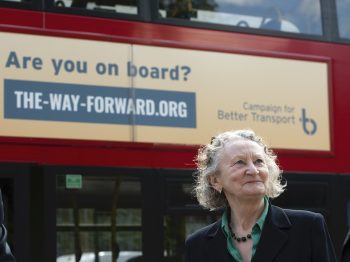 It’s urging the Government to take a lead on this with a national campaign that encourages people to see public transport as a safe way to travel and to launch an incentive scheme that helps to get people back on board.

The charity also says the Government should continue emergency financial support for public transport services until passenger numbers have recovered.

Paul Tuohy, chief executive of campaign for Better Transport, said: “The events of the last year have made people less confident about using public transport, but as restrictions continue to ease, we all need to start getting back on board. That’s why we’ve launched this campaign to urge the Government to reassure people that public transport is safe again and to introduce a national scheme of discounted fares to encourage people to use it. By getting back on board we can all help to reduce congestion, protect the environment and boost the economy in a way that is fair and sustainable.”

The campaign launch comes the day before the Government is expected to publish a white paper on the future of rail.

Tuohy added: “The rail review must address passenger concerns and enable people to get back on board trains. We want to see flexible season tickets for part-time commuters that offer an equivalent discount to traditional season tickets. There should be single-leg pricing to make fares fair and transparent. And there must be a commitment to build and reopen rail lines and stations to link more communities to the network.”

Previous: Supplier of the Week: Fleetondemand
Next: Majority of EV drivers could survive on a weekly charge, says Tusker