Government urged to press on with reforms to tackle insurance fraud

The Government must press ahead with planned reforms to clamp down on fraudulent whiplash insurance claims, according to insurance and road safety organisations. 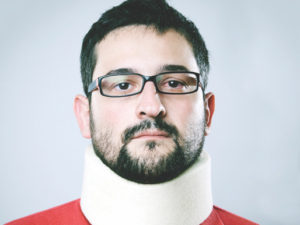 Motor premiums are up 10% over the last year, driven by the rising cost of personal injury claims

Nearly a year after former Chancellor George Osborne promised in his Autumn Statement that the Government would consult on how to implement proposals to “crack down on the fraud and claims culture in motor insurance” and “end the cycle in which responsible motorists pay higher premiums to cover false claims by others”, little or no progress has been made.

In addition, a consultation paper setting out how to implement the reforms has still not been published nearly six months after it was finalised.

In response, James Dalton, director of general insurance Policy at the ABI, said: “Every day of delay costs honest motorists across the UK nearly £3m. The plans are drawn up and ready to go so there is no excuse for not pushing ahead.

“If the Ministry of Justice delivers on its promises, millions of honest customers will be better off. If they cave in to the vested interests of the ambulance chasers and cold callers, those businesses will be laughing all the way to the bank at the expense of honest motorists.”

The RAC has also called on the Government to confirm when its consultation will take place so that motorists are clear that action is underway to prevent further increases.

RAC insurance director Mark Godfrey said: “Law-abiding motorists are sick to the back teeth with bogus whiplash and other fraudulent activity contributing to higher insurance premiums. We need the Government to step up and accelerate consultation on this so that appropriate changes can be put in place to ultimately help reduce insurance premiums for every motorist.”