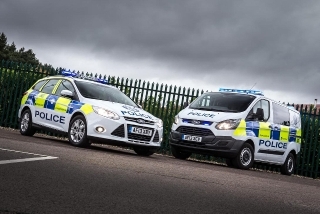 The call comes from the Institute of Advanced Motorists (IAM) as it says yet-to-be-revealed figures for 2014 shape up to show an increase in deaths and injuries on UK roads.

It also comes on the back of a survey conducted by the IAM throughout April 2015, in which 2,703 people took part. Despite years of government cutbacks and police budgets continuing to be stretched, over 45% of respondents voted for an increase in the number of police officers in marked vehicles to enforce traffic laws.

With over 3,064 motorists killed or seriously injured in 2013 as a result of speeding), tackling speed related offences also remains a major priority for drivers. According to 64% of survey respondents, one of the best ways to confront the issue is by ensuring that there are more traffic police officers on all major urban roads.

Besides seeing more traffic police officers on our roads, many road users believe that the police should be granted more extensive powers. For example, 45% of respondents support having more discretion to breath test based on where drivers are likely to be driving after drinking (eg near pubs and clubs) which could help combat this issue far more rigorously.

IAM’s chief executive officer, Sarah Sillars, said: “The Government cannot afford to be complacent about road safety and a lot more needs to be done to address major road offences through the enforcement of existing legislation and full use of police powers. The IAM supports an increase in the number of high profile road policing officers and a zero tolerance approach to the enforcement of traffic laws.

“Where drivers are failing to live up to the required standards they must be given access to a wider range of targeted retraining courses that refresh their skills, these include the IAM drink-drive rehabilitation course, educational campaigns targeting young drivers, and the IAM Skill for Life course which help existing drivers to improve their skills and give them greater awareness of other road users.”