The Government is pushing ahead with plans for a completely electric government fleet by 2030, including asking individual departments for updates on progress, but has also been urged to look at its grey fleet policies too. 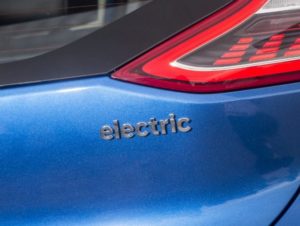 Now, Transport Secretary Chris Grayling says he’s written to every government department to reinforce the pledge to move towards a completely electric government fleet by 2030.

He added that the Government Car Service, which provides a secure pool car service to government ministers and is managed by the Department for Transport, is well on track to meet ultra-low emission car targets, with electric vehicles making up nearly 23% of the entire fleet.

Speaking yesterday, Thursday 13 June, Grayling, said: “I am pleased with the change we are making to the Government Car Service, but this now needs to be reflected in all fleets that are controlled by government.

“Only yesterday, the Prime Minister made the bold commitment that the UK will end its net contribution to climate change by 2050. It is absolutely vital that all parts of government play their part in delivering this ambitious target.”

The work to reinforce the 2030 pledge for government fleets has been welcomed by the BVRLA but chief executive Gerry Keaney said the “big gesture” would have a relatively small impact and instead called for the Government to review its grey fleet policies.

“The BVRLA Grey Fleet report published in 2016 estimated that the Civil Service grey fleet mileage was in the region of 265 million miles a year, costing £126m in mileage claims from civil servants doing business using their own vehicles,” he added.

“The average grey fleet car is around eight years old and emits 16% more CO2 than an average rental car, which is what government staff should be using for their journeys in the absence of a practical public transport option.”

The updates on the Government’s progress on its internal fleet targets come as a number of transport and environmental specialists call for solid plans to be announced on how the 2050 net zero goal confirmed this week will be realised with regards to transport emissions.

The 2050 goal was announced following calls a month ago in the Committee on Climate Change’s Net Zero report which said the move was “necessary, feasible and cost-effective”. However, the Government has been urged to follow up with tough actions. This includes on transport; in its report, the Committee on Climate Change has said that all new car and van registrations will need to be pure battery electric – not hybrids – by 2035 at the latest, and ideally by 2030 for government plans for all cars and vans to be electric by 2040 to take effect.

The demand has been supported by a number of organisations, including lobby group Transport & Environment, with UK director Greg Archer saying: “Targets without plans are pointless and in transport the plans to cut CO2 are too limited and deliver too late. Legislation to end sales of new cars with engines by 2030/5 will be a key next step in setting these plans.”