The Government is being urged to reduce the numbers of deaths and injuries on our roads as new figures show there have been no significant reductions in road casualties. 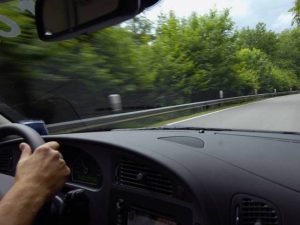 Latest Department for Transport figures show that there were 186,189 casualties of all severities in 2015, down 4% on 2014 and the second lowest level on record.

The number of people seriously injured in reported road traffic accidents decreased by 3% to 22,144 in 2015, compared with 2014.

In response, Brake said in recent years it has become increasingly apparent that reductions in road casualties are beginning to stall. The road safety charity is now calling on the Government to act now to prevent stagnation in the long-term.

Lucy Amos, research advisor for Brake, said: “The report released by the Department for Transport reveals the danger of complacency and over-confidence. The UK currently has one of the best road safety records in the world, but this cannot be relied upon. No road death is acceptable and we must continue to work towards reducing death and injury on the roads without compromise.

“The population and vehicle traffic levels have been steadily increasing in recent years. Action must be taken now to prevent numbers from overwhelming safety measures. This is why Brake is calling for the reintroduction of ambitious casualty reduction targets to act as a driving force for the fight against road death and injury at the national level; increased investment in road infrastructure to develop a safe and sustainable road network; and more resources assigned to road traffic police to ensure that legislation can be effectively enforced.”