The Government has announced a £23m fund to build more hydrogen refuelling stations and accelerate the take-up of hydrogen vehicles. 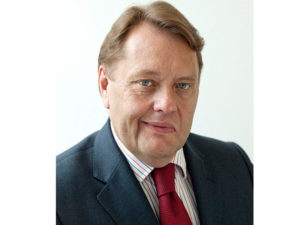 Public organisations, businesses and hydrogen operators will be able to bid for the funds from this summer, with the Government to provide match funding for successful bidders.

Transport Minister John Hayes said: “Hydrogen fuel cell electric vehicles can play a vital role alongside battery electric vehicles to help us cut harmful emissions. We know availability of hydrogen refuelling infrastructure can be a potential obstacle to the take up of hydrogen fuel cell electric vehicles. That’s why we’re providing support to give interested parties the confidence to continue to invest in this new emerging technology to help us achieve our ambition for almost all new cars and vans to be zero emission by 2040.”

Only two hydrogen fuel cell vehicles are currently on sale in the UK: Toyota’s Mirai and Hyundai’s ix35 – with Honda’s Clarity Fuel Cell due on sale at the end of this year.

Clean fuel company ITM Power welcomed the news of the government funding. CEO, Dr Graham Cooley, said: “This important new UK Government funding programme supporting the roll out of hydrogen vehicles is a welcome step and shows a commitment to tackling inner city air pollution. The increasing momentum generated by the introduction of Toyota, Honda and Hyundai FCEVs into the UK is set to continue as a result of this significant infrastructure funding.”