Government slammed by House of Lords for ‘rushing through’ net zero

The House of Lords has “rebuked” the Government for committing the UK to a net zero emissions target with “little scrutiny and no plan for how it might be achieved”. 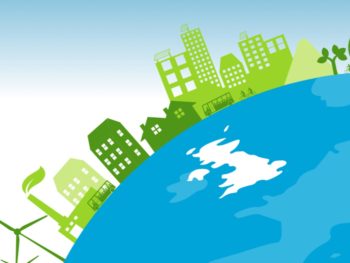 The Committee on Climate Change’s May 2019 report says net zero by 2050 is “necessary, feasible and cost-effective”

Announced earlier this month by outgoing Prime Minister Theresa May, the target to greenhouse gas emissions to net zero by 2050 passed into law yesterday (27 June) and has been widely greeted by transport and environmental specialists.

However, the House of Lords has expressed its dissatisfaction with the move, saying that “MPs were happy to nod through the measure in less than 90 minutes. As a Statutory Instrument, it only required minimal scrutiny and no impact assessment had to be prepared.”

Peers also highlighted that the Chancellor has warned that the cost of reducing net greenhouse emissions to zero by 2050 could be well in excess of £1 trillion; a sum it says that would fund the salaries of 314,000 nurses for a century.

And the House of Lords said that the net zero emissions target is likely to do “enormous harm” to the poorest people in society, who will be asked to pay relatively more for their energy and could be “priced out of activities such as driving cars and flying abroad”.

Earlier in the week, Lord Lawson had warned peers in a letter that they risked committing Britain to ‘astronomical costs’ by voting for net zero.

The debate in the Lords saw a number of peers warn that the measure had not been properly thought through as well as highlighting the impact it may have on the poorest in society.

Peers then voted for an amendment which expressed regret that Her Majesty’s Government had “given little detail of how the emissions target will be met” and “made a substantial change in policy without the full and proper scrutiny that such a change deserves”.

However, in the May 2019 Net Zero report from the Committee on Climate Change – which advises the government on emissions targets – the Committee proposed the net zero by 2050 target, saying it was “necessary, feasible and cost-effective”.

The CCC report does set out that while the overall costs of the transition to a net-zero economy are manageable, they must be fairly distributed. It adds that rapid cost reductions in essential technologies such as offshore wind and batteries for electric vehicles mean that a net-zero greenhouse gas target can be met at an annual cost of up to 1-2% of GDP to 2050. But it says the costs of the transition must be fair, and must be perceived as such by workers and energy bill payers. And the Committee recommended that the Treasury review how the remaining costs of achieving net-zero can be managed in a fair way for consumers and businesses.

The Committee’s report also shows there are multiple benefits of the transition to a zero-carbon economy, including benefits to people’s health from better air quality, less noise thanks to quieter vehicles, more active travel thanks to increased rates of cycling and walking, healthier diets, and increased recreational benefits from changes to land use.

Meanwhile Theresa May’s confirmation earlier this month that the UK would legislate for net-zero by 2050 was accompanied by a statement from the Government that it would conduct a further assessment within five years to confirm that other countries are taking similarly ambitious action, ensuring that UK industries do not face unfair competition.