The Government is investing a further £175m to enhance the walking and cycling infrastructure across England under a growing focus on active travel. 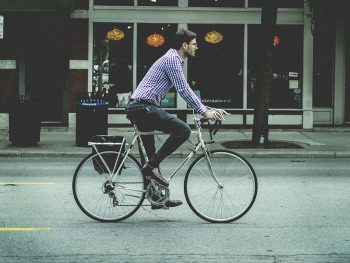 A survey in October found 78% of people support measures to reduce road traffic in their neighbourhood, and 65% support reallocating road space for walking and cycling

It’s the latest wave of funding under a £2bn package announced in May to create a “new era for cycling and walking”, which comes under the £5bn in new funding announced for cycling and buses in February. Already, £250m has been allocated to an emergency active travel fund to enable alternative ways to travel after commuters started to return to work under the pandemic.

The second tranche of money will be used to fund measures including segregated cycle lanes, pedestrian improvements, low-traffic neighbourhoods and ‘School Streets’, where streets around schools are closed to motorists at school times.

A survey undertaken for the Government in October found nearly eight out of 10 people (78%) support measures to reduce road traffic in their neighbourhood, and two-thirds (65%) support reallocating road space for walking and cycling.

Transport Secretary Grant Shapps said: “It has been great to see so many people build cycling and walking into their daily travel habits. To support them, we know it’s vital to have the right infrastructure in place so everyone – cyclists, pedestrians and motorists – can use our roads.

“Whether you’re walking, cycling, driving or using public transport, people must have the space they need to get around safely.”

But the terms of the funding do set out that local authorities must consult on their intended schemes and that they will be required to engage closely with the Department for Transport (DfT) throughout the process. In case of any outcry from motorists and motoring organisations, the DfT also emphasised it is moving ahead with significant plans for road upgrades across the country.

RAC head of roads policy Nicholas Lyes welcomed the new funding but said changes towns and cities to make them more attractive places to walk shouldn’t be done without a full impact assessment on all road users.

“Local authorities often have a difficult balancing act between encouraging behaviour change and not negatively affecting drivers and businesses for whom vehicles are a necessity.”

However, he pointed out that enforced consultatations would potentially help ensure any work on active travel is more successful in persuading drivers to switch to bikes and walking.

“Ensuring local authorities consult on changes is not only an important step for greater buy-in from the public, it also increases the chances of schemes being well-designed for the benefit of all road users and ultimately being successful in the longer term.”

Latest analysis by the RAC underscores that any switch away from cars won’t happen overnight. Its analysis shows two-thirds (64%) of drivers say they still need cars for work. The research for the RAC’s annual Report on Motoring also found more than half of UK drivers (57%) say having access to a car is more important than it was before the coronavirus pandemic.

Speaking earlier this week, the RAC said the resarch for its report shows a clear rethink is needed on comprehensive joined-up approaches to travel.

RAC data insight spokesperson Rod Dennis said: “As cities seek to improve air quality and make urban centres cleaner places, it’s clear that low-cost, efficient alternatives to the car need further thinking and much greater financial investment. Park and ride sites make a lot of sense and cater for the many people who are too far from regular public transport networks, but perhaps now is the time for the concept to evolve to encompass park and cycle, park and walk, or even park and scoot.”