New cars and motorcycles could gain an extra year’s exemption from having an MoT under government plans. 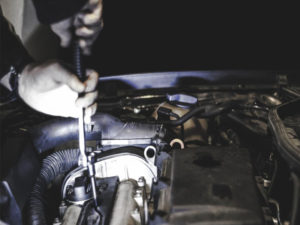 The plans would mean new cars would only need an MoT after four years.

The plans, currently under consultation by the Department for Transport and Driver and Vehicle Standards Agency (DVSA), would mean new cars would only need an MoT after four years and would save motorists more than £100m a year, according to the DfT.

The move would bring England, Scotland and Wales in line with Northern Ireland and many other European countries including France, Ireland, Italy, Spain, Denmark and Norway.

Transport Minister Andrew Jones said: “We have some of the safest roads in the world and MoT tests play an important role in ensuring the standard of vehicles on our roads.

“New vehicles are much safer than they were 50 years ago and so it is only right we bring the MoT test up to date to help save motorists money where we can.”

The most common reasons for cars to fail their first tests are faulty lights, according to the DVSA. In addition, almost half of faults found during all MoT tests could be avoided by carrying out simple checks and maintenance, including replacing bulbs, checking tyres and oil as well as ensuring windscreen wipers work.

Edmund King OBE, AA president, added: “The benefits are that there will be cost and time savings for drivers, whilst the downside is that we are likely to see some more cars with faulty tyres and lights slipping through the net.”

Subject to the public consultation – which is open until 16 April 2017 – the changes could come into effect in 2018.