Government proposals, published on 20 July, recognise the benefits of E10 petrol, but “will prevent or at best delay E10’s introduction”, says the REA. 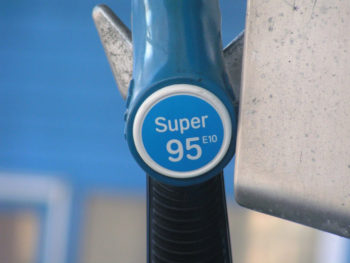 Grant Pearson, chair of the Renewable Energy Association’s Transport Fuel Group, said: “It goes against the polluter pays principle and will ensure that cleaner fuel, which is the best for the majority of cars, will only be found in a minority of petrol stations. We need an effective way of making the transition to greener petrol, whilst protecting UK motorists. We believe this can be achieved by making E10 widely available alongside a legacy fuel such as ‘super/98’.”

The Government proposals recognise E10’s (petrol with 10% renewable bioethanol) benefits as: reducing greenhouse gases; being the reference fuel for new car type approval for fuel consumption and emissions standards; keeping the cost of meeting the Renewable Transport Fuel Obligation down; and supporting UK industry and agriculture, particularly in the North East.

The REA also criticised the lack of foresight in relation to jobs. Pearson continued, “The UK has two of the largest manufacturers of bioethanol in Europe. These facilities support 6,000 jobs and provide UK agriculture with a market for feed wheat and a source of protein-rich animal feed co-product.

“If the market for E10 is held back, not only will these jobs and UK farmers be put at risk, but the UK motorist will be forced into paying more for reducing carbon from cars.”