The Department for Transport has again doubled the amount of funding available for on-street charge point installations, pledging an extra £10m as part of a range of latest measures to encourage EV uptake. 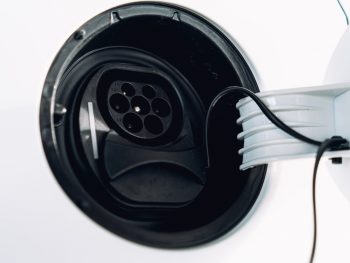 Announced over the weekend alongside measures to boost active travel and accelerate e-scooter trials to avoid public transport overcrowding during the pandemic, the funding is being committed to the on-street residential charge point scheme.

The Government had already doubled the funding allocated in January, reaching a total of £10m. The latest increase means the full funding will allow local authorities to install up to 7,200 devices, making it more convenient to charge and own an electric vehicle.

The news has been welcomed by Pod Point. James McKemey, head of insights, said: “The Government’s announcement is a recognition of the challenges that persist in resuming widespread usage of public transport, whilst seeking to avoid pushing people back to polluting private cars. Of course, the private car remains the only viable form of transport for many journeys and, with this new on street charging fund, the Government hopes more drivers can make the switch to EVs and help to sustain the recent improvements to our air quality.

“While new funding is welcome, along with the flexibility in the way the funding can be deployed, we believe that most drivers are still likely to benefit more from home and/or workplace charging schemes.”

The Department for Transport has also committed to further efforts to encourage drivers to make the switch to EVs, including the upcoming launch of a consultation that hopes to make charging electric vehicles just as easy as filling up a traditional petrol or diesel car. It will explore measures such as requiring rapid charging points – which are fundamental for longer journeys – to offer contactless payment, improving transparency on pricing and giving drivers better access to information about the charge points available on their journey.

Despite the pandemic, the previously predicted increase in electric vehicle take-up is still expected to happen in 2020, following the introduction of the new 0% Benefit-in-Kind rate for battery electric vehicles. Latest new car registration figures show demand for fully electric vehicles has fallen much less than any other powertrain type.

Speaking last month, Erik Fairbairn, founder and CEO, Pod Point, said: “The new 0% BiK rate for fully electric vehicles is a powerful incentive to go electric. Before coronavirus it was expected to drive a massive increase in demand for company EVs as well as the charging infrastructure needed to support them.

“We think that once things start getting back to normal, we’ll still see this happen – the savings to the driver are significant enough that even historically low crude prices will be unable to change the equation. The tangibly cleaner air we’re experiencing during lockdown is also making many drivers and businesses look more closely at electric vehicles.”

Venson Automotive Solutions has also said that drivers are more likely to switch to EVs in the wake of the lockdown, as a result of increased awareness of the benefits of reduced air pollution – with nearly half of drivers now considering a switch to electric vehicles in the future. Research carried out by Venson has revealed 45% of drivers are reconsidering their plans for electric vehicles due to the radical improvement on air pollution across the globe from reduced traffic.

Previous: Pod Point resumes some domestic and commercial installations
Next: Today in Fleet – Monday 11 May