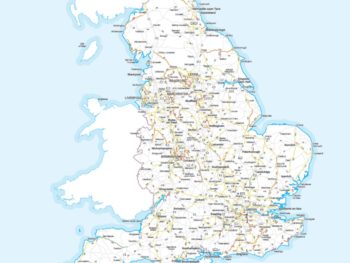 That’s the finding of a new report from The Road Safety Foundation and Ageas Insurance which also calls for new investment through the Safer Road Fund to address 75 persistently higher risk roads.

According to the ‘How Safe Are You on Britain’s Main Road Networks?’ report, the MRN – which will complement the SRN and comprise the most important local ‘A’ roads – carries a third of the travel on the SRN and is slightly longer but had more fatal crashes on it in 2017. The report calls for these roads to be tackled as a priority to ensure that they are as safe as should be expected of major roads, and also urges the introduction of formal safety performance management to the MRN.

As such, the report calls for an immediate £117m investment to prevent 3,450 fatal and serious injuries on persistently higher risk roads over the next 20 years.

And it says an £83m annual investment is needed over the next five years to address most of the unacceptably higher risk roads, preventing around 6,850 fatal and serious injuries over the next 20 years.

Previous: First Drive: Ford Focus ST
Next: Centrica, SSE and Mitie to switch to EVs by 2030