A new offence equivalent to causing death by careless or dangerous driving could be introduced for cyclists as the government opens an urgent review into cycle safety. 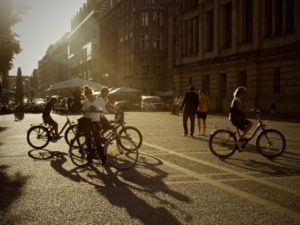 The announcement comes days after a cyclist was found guilty of bodily harm by ‘wanton and furious driving’ and sentenced to 18-months in a young offender’s institution after knocking over and killing a 44-year old woman in East London. In 2015, 2 pedestrians were killed and 96 seriously injured after being hit by a bicycle.

According to Paul Loughlin, a motoring law solicitor at the law firm, Stephensons, death by dangerous driving and death by careless driving are not available to the courts when sentencing individuals who have caused the death of a pedestrian while using a bicycle.

He explained: “In the UK, these offences can only apply to a ‘mechanical vehicle’ and not to modes of transport powered directly by their operator. This means the courts cannot hand down longer custodial sentences and cannot ‘disqualify’ a cyclist from using a bike on the roads for any period of time.”

Transport Minister Jesse Norman added: “We already have strict laws that ensure that drivers who put people’s lives at risk are punished but, given recent cases, it is only right for us to look at whether dangerous cyclists should face the same consequences.

“We’ve seen the devastation that reckless cycling and driving can cause, and this review will help safeguard both Britain’s cyclists and those who share the roads with them.”

The Department for Transport review will also look at wider improvements for cycling road safety issues. Further details of the review will be announced shortly.