Extending the MoT test ‘grace period’ of new vehicles to four years is likely to come at the expense of road safety, tyre safety experts have warned. 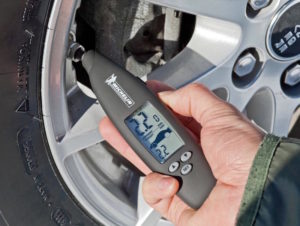 The Government proposals, currently under consultation, were announced by Transport Minister Andrew Jones on Sunday 22 January and billed as a ‘boost for motorists’ as part of the plans to save them £100m a year.

Jones said: “New vehicles are much safer than they were 50 years ago and so it is only right we bring the MoT test up to date to help save motorists money where we can.”

Although DVSA shows that the most common reasons for cars to fail their first tests are faulty lights, tyre safety organisation TyreSafe says one in 20 vehicles fails its first MoT due to tyre defects, “making it likely that any extension of time until the first MOT test will result in more defective and dangerous tyres and vehicles on our roads”.

Chairman Stuart Jackson added: “Extending the time until the first MoT test has been proposed several times in recent years and each time it has been rejected because of the negative impact on road safety.

“While, of course, vehicles are certainly safer and more reliable than they were 50 years ago, ‘maintenance components’, such as tyres, still need the owner to regularly check and service their vehicle, which is not universally the case by any means.

“In fact, evidence, including that drawn from TyreSafe’s tread depth survey in partnership with Highways England, shows millions of Britain’s motorists do not check or maintain tyres, and only replace them when required to do so in order to pass the MoT.

“Extending the first MOT to four years will not be a boost to motorists if it is at the expense of their safety.”

A consultation period on the MOT extension is open for comments until 16 April at 11.45pm.