The Government has taken the next steps in a project to upgrade transport links in the UK to enhance the alternatives to car travel. 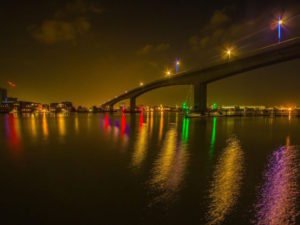 Cities including Southampton are able to bid for the funding

Local authorities in 10 cities across the UK can now bid for a share of £840m funding, which can be used for anything from new bus routes in residential areas to rolling out e-bike schemes and deploying smart technology to reduce congestion.

The first stage of the project has already provided six Mayoral Combined Authorities wit a share of £840m, which being put to use for projects such as the Brierley Hill tram lines extension in the West Midlands and the Beeline Cycle Network in Greater Manchester – a Dutch-style 1,000-mile system of interlinked bike and pedestrian lanes.