Government ‘forcing’ fleets away from diesel

Tax changes under the new fuel economy and exhaust emissions test regimes will force businesses away from diesel fleets as the Government looks to tackle urban air pollution, according to a new white paper. 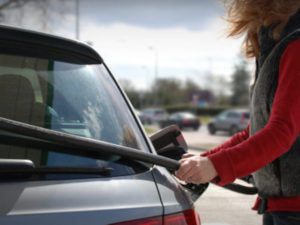 Tax changes for WLTP and RDE are likely to further reduce demand for diesel, says PVS.

Issued by Puddy Vehicle Solutions (PVS), the document sets out how the new Worldwide Harmonised Light Vehicles Test Procedure (WLTP) fuel economy and Real Driving Emissions (RDE) testing will impact running costs for fleets, suggesting this could drive demand for plug-in hybrid or fully electric alternatives. Both WLTP and RDE came into force last September, with all except run-out models due to be re-tested before the end of August 2018.

As reported by Fleet World last autumn, the phase-in of WLTP is already problematic for fleets. The Government will introduce new tax bands in April 2020, accommodating CO2 emissions which are predicted to be around 20% higher than under the now-defunct New European Drive Cycle (NEDC).

In the meantime, NEDC will be used for vehicle tax. But as new cars are re-tested under WLTP, that data will be converted back to NEDC Correlated figures, which are quite often higher than the proper NEDC figures they supersede. In turn, it can mean cars become less tax-efficient overnight – and without warning – affecting Benefit-in-Kind, VED and Capital Allowances for business users. Fleets could also face tax rises when the (as yet unconfirmed) WLTP bands come into force in April 2020.

RDE testing is currently optional; it’s an additional cycle to show new vehicles can meet laboratory nitrogen oxide (NOx) emissions limits on the road, and it will become mandatory in 2019. Stage one allows vehicles to emit 2.1 times more NOx on the road, while RDE2 tightens that margin to 1.5 times for all cars on sale by January 2021. Last year’s Budget introduced a one-band rise in Benefit-in-Kind for all diesels not certified to RDE2 – which currently applies to all diesels on sale.

Uncertainty around diesel engines is already having a marked effect on demand in the UK. In the first quarter of 2018, more than half of fleet-registered passenger cars were petrol-powered, with an uplift in demand for plug-ins. Puddy believes ultra-low emission vehicles (ULEVs), which are more shielded from WLTP-related changes than diesel-powered models, are likely to see rising demand in the meantime.

Puddy said: “Company car drivers are unaware of the implications of WLTP on their Benefit-in-Kind tax bills because, in many cases, fleet decision-makers have not told them about the impact of the new testing regime. Fleet chiefs must get to grips with WLTP and disseminate that information to drivers, otherwise they could be in for a major shock when they change their company car.

“Employees that are choosing new company cars now and over the coming two years will almost inevitably see their Benefit-in-Kind tax burden rise. However, by making careful choices they can minimise any increase.”