E-scooter trials are to be brought forward from next year to next month to help encourage more people off public transport and onto greener alternatives. 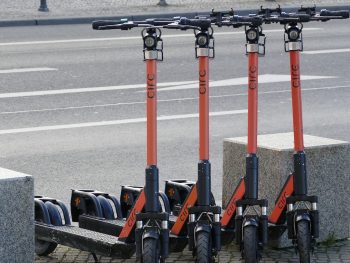 The announcement was made by the Department by Transport over the weekend as part of a package of measures intended to support people with returning to work but without overburdening public transport.

The trials of rental e-scooters were revealed in March prior to lockdown, building on announcements made a year ago that the Government plans to invest £90m in towns and cities to test transport innovation.

Originally set to take place in three ‘Future Transport Zones’ alongside the existing West Midlands zone, the trials will now be offered to all local areas across the country and could see rental e-scooters on UK roads as early as June, accompanied by a temporary amendment to road traffic regulations to make them legal.

Andy Street, the Mayor of the West Midlands, said: “The West Midlands is proud to be leading the way on future transport development, and I am pleased the Government has put its faith in us again with this new and innovative trial of e-scooters.

“This trial will help bring more flexibility, choice, and greener travel solutions for the region, at a time when we are facing a climate emergency and urging people to leave the car at home.”

But the trial, which will also be used to explore how e-scooters could be used to help tackle existing transport challenges, has led to a range of concerns over road user safety; in particular after YouTube star Emily Hartridge was killed in the UK last year when her e-scooter collided with a lorry.

MPs on the Transport Committee are already working to explore whether e-scooters should be allowed on UK roads, including potential safety considerations, in a new inquiry. Announced last month, the call for evidence is open until 2 June 2020 and looks at whether e-scooters should be permitted on roads, cycles lanes and/or pavements, noting that any change in the law would require primary legislation, while also exploring benefits to congestion and the environment from their use.