The Department for Transport is ploughing a further £2.5m into funding for chargepoints on residential streets. 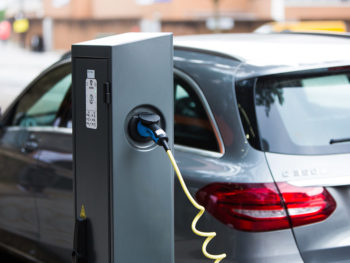 The extra £2.5m funding for on-street charging will enable more than 1,000 extra chargepoints

The move will bring more than 1,000 extra chargepoints, as announced by Transport Secretary Grant Shapps, and will double the funding for the Government’s on-street residential chargepoint scheme, launched in 2017, which helps local authorities install on-street charging infrastructure to enable EV take-up by drivers without off-street parking; according to figures 50% of drivers park on-street at night.

The scheme has already seen 16 local authorities prepared to install 1,200 chargepoints this year and the increased funding will enable over 1,000 more.

Transport Secretary Grant Shapps said: “It’s fantastic that there are now more than 20,000 publicly accessible chargepoints and double the number of electric vehicle chargepoints than petrol stations, but we want to do much more.

“It’s vital that electric vehicle drivers feel confident about the availability of chargepoints near their homes, and that charging an electric car is seen as easy as plugging in a smartphone.”

According to motoring and EV organisations, the latest announcement will help further such aims although Jack Cousens, head of roads policy for the AA, said there is still a long way to go.

“Considering there are more than 400 local authorities across the UK, only 4% of them have installed on-street charging in residential areas,” he commented.

“If we are going to meet the Road to Zero targets, councils and central Government will need to do more to help ease the transition for drivers and dispel their fears of not finding somewhere to charge.”

“This is but one of several important announcements from Government in recent weeks, with others targeting the ‘smartness’ of private chargers, ensuring new dwellings with a parking space are equipped with a charger, and confirming a tax reduction for battery electric vehicles.

“As the number of electric cars and vans on the road is set to quickly increase as prices fall and availability expands, it is critical that infrastructure is in place now to support future drivers.

“We welcome Government’s continued support for the infrastructure build-out.”