Government could explore earlier ban on petrol and diesel cars

The Government could rethink its plans to ban sales of “conventional” new petrol and diesel cars by 2040, moving the deadline five years forwards to help cut emissions. 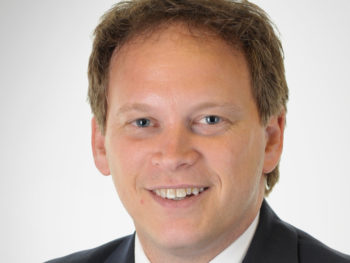 Speaking this week at the Conservative Party conference, Transport Secretary Grant Shapps said he’d like to ‘thoroughly explore’ the case for bringing this date – first announced in 2011 and reiterated in the 2018 Road to Zero Strategy – forward, bringing the UK in line with other countries.

Shapps also acknowledged comments from the Government’s advisory Committee on Climate Change that the ban should be set at 2035 at the latest. Earlier this year, the CCC said that the timeline should be moved forwards to 2030 and that the current plans for delivering the 2040 ban are too vague, with advisors adding that the ban should be focused on pure electric cars and backed up by developments in charging infrastructure.

“We will need to test the arguments and work in partnership with industry to examine how to proceed,” Shapps continued.

Shapps added that such a move could prove beneficial for the UK car industry: “Just as we rejuvenated the automotive sector in the 1980s, we’re going to work with our pioneering car sector to help them sell the next generation of electric cars around the world, providing high-skilled jobs, utilising British know-how and ending that dependence on fossil fuels once and for all.”

The Society of Motor Manufacturers and Traders (SMMT) has responded to the suggestions, with chief executive Mike Hawes calling for any change on targets to be backed up by government support.

He said: “Industry is committed to zero-emission transport for all, investing heavily in the technologies to get us there. This is about market transformation, however, and despite growing choice, low and zero emission vehicles still only make up a fraction of the market underscoring the huge challenge of fast-tracking a shift to zero emission transport.

“Ambition must be matched by measures that support industry allowing manufacturers time to invest, innovate and sell competitively. This includes long-term government commitment to incentives and investment in infrastructure to accelerate the uptake of these new technologies.”

Ian Johnston, CEO of the Engenie EV charging network, also said more government support for carmakers would be needed with any earlier deadline: “To enable the ban on all petrol and diesel cars by 2035, the Government must first make the UK an attractive trading environment for EV manufacturers. Huge private investment in charging infrastructure is already well underway, so once the Government gets up to speed, many of the chargers will already be deployed to ensure a smooth transition.”