Go with the Grain: How to deal with today’s fleet challenges

Today’s fleet manager faces a perfect storm of challenges, but there are opportunities within this tricky period, explains Professor Colin Tourick. 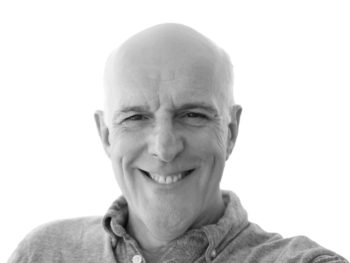 As Fleet World celebrates its 20th anniversary, it would be tempting now to reminisce on the developments the fleet sector has seen over the last 20 years. There would be a lot to discuss, because the sector has seen many changes and is much more complex than it used to be, requiring way more knowledge and skill from fleet managers and their suppliers than ever before. However I’m going to resist that temptation, partially because I can’t see why the nostalgic musings of an ageing fleet industry bloke should be of much interest to you – they barely are to me – but mainly because there is so much to talk about at the moment that I would rather spend the space delivering some (hopefully) useful advice.

It is probably true that for most fleet managers, the recent past has been more complicated than ever before. Let’s take a few examples.

Sadly, all of these problems arise from government action – or inaction. The big hope is that the chancellor’s November budget will clear up some of these problems, providing certainty about tax, removing any distortions arising from correlated NEDC and cleaning up the current mess surrounding ultra-low emission vehicles (ULEVs) so we won’t see big tax rises next year followed by big tax reductions in April 2020.

The pitfalls of cash allowances

We know that tax increases encourage drivers to opt out of company cars and take cash allowances. 7% fewer employees now pay BiK compared with a decade ago. Cash allowances cause problems for fleet managers as it is difficult to control grey fleet cars.

We don’t know what the chancellor will say in November.  If, as seems likely, he decides to ramp up taxes even more highly on cars emitting more than say 100g/km of CO2 from April 2021, what would you do?

Hopefully your answer isn’t ‘dump company cars and move to cash allowances’. For reasons stated above, and more, that’s not likely to be a good long-term solution.

If you really are breaking under the strain of it all, you might have a chat with your leasing company about putting in place a managed PCH scheme that allows you to keep some element of control, particularly over health and safety issues. But if you explore this option, please carry out an employee-by-employee car-by-car analysis first to avoid unintended consequences.

But there is in fact a much better option, which does not involve radical change and which you can put in place today.

We know the direction the government is heading in. The Road To Zero report explains their vision (see https://tinyurl.com/ y9qepnxz). They want to encourage business car drivers to choose clean cars, particularly zero-emission cars, and they want most new cars to be ULEVs (currently defined as having a maximum threshold of 75g/km though it seems they will reduce this to 50g/km from 2021).

So why fight this? Go with the grain. Work with your leasing company today to put together a fleet list that includes ULEVs wherever possible and incentivises employees to choose them. If your company car fleet is at the UK average of 114g/km, explore the idea of moving your cap down to 95g/km or even 75g/km. Include PHEVs and electric vehicles where these are viable. What vehicles would be available? How much would they cost the business to run? Would they be practical? Can you make them an attractive option for your drivers?

Now, more than ever, fleet managers should be embracing ULEVs, so that when Fleet World celebrates its 30th anniversary it can report on how the sector rose to and conquered the challenges of the era and contributed even more to making the world a better place.