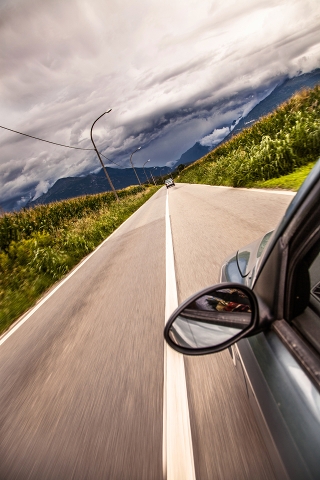 The aim is to win commitments to raise infrastructure safety standards to three-star or better. The event, supported by safety charities, has been enabled by EuroRAP (European Road Assessment Programme).

Lord Robertson, the former NATO Secretary General, will open the event, and from around the world, Ministers, banks, consulting engineers and NGOs will address three-star minimum infrastructure. The new UN Special Envoy for Road Safety, Jean Todt will give a keynote, while Road Safety Ambassador and leading actress Michelle Yeoh, will also speak on film.

The following week the United Nations will adopt a number of Sustainable Development Goals – with one target, a tough global commitment to halve road deaths by 2020.

The morning of 15 September focuses on efforts to reduce harm on Britain’s roads, with Lord Whitty, chairman of the Road Safety Foundation, presenting an analysis of the highest risk roads and the cost borne by each region and country in Britain; and chair of Highways England, Colin Matthews laying out its new commitment that 90% of journeys on its roads will be on 3-star roads or better by 2020.

“Road crashes kill 1.2 million annually and disable many millions more.  This event will include commitments and calls from across the world to raise infrastructure safety to a 3-star minimum safety level for all road users whether in vehicles, cycling, or on foot.”