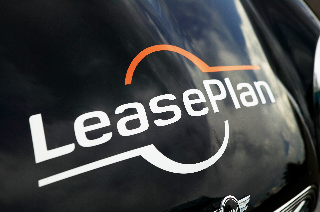 That’s according to the annual global LeasePlan MobilityMonitor, a large-scale study of nearly 4,000 drivers in 17 countries worldwide.

In total 50% of the drivers surveyed said they would feel comfortable having a telematics device installed in their car while an increasing proportion of drivers (39% versus 35% in 2014) say having a telematics device installed would change their driving behaviour, from driving more cautiously (15% versus 9% in 2014), to paying more attention to fuel consumption (12%) and/or driving slower (9%).

“Telematics can drive a company’s fleet efficiency,” said Nick Salkeld, chief commercial officer at LeasePlan: “Not only from an economic point of view, as increased safety and higher recovery rates of stolen cars will lead to reduced insurance claims, but also with respect to environmental compliance by means of a reduction of fuel consumption and car usage. The increase in driver acceptance, as demonstrated by this research, will help achieve these benefits.”

The study also shows that interest in car sharing solutions among lease drivers is continuing to grow. One out of eight (13%) drivers is interested in corporate car sharing, preferring flexibility over having a dedicated lease car. This was less than 10% a year ago. The highest interest (16%) is noticed among young males between the ages of 18-34.

“We see increased interest in the concept of ‘usage’, which means that assets are shared rather than owned, and a tendency towards subscription-based products and services,” added Nick Salkeld. “There is an increasing demand for sharing solutions especially among younger working professionals in large cities where parking costs and living expenses are high.”

Finally, the MobilityMonitor identified that 50% of LeasePlan drivers have interest in private leasing as an additional labour condition, meaning they would like to lease a private vehicle and pay it out of their salary. Three out of 10 (29%) say they are interested in private leasing for a second car.