Gig economy driver safety standards should be extended to vehicles

Gig economy cars and vans should be brought under the law in exactly the same way as is now beginning to happen for their drivers, FleetCheck is asserting. 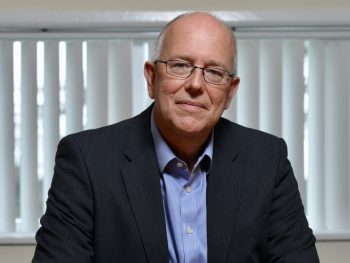 Peter Golding, managing director at the fleet software specialist, said that the recent ruling against Uber and that company’s new moves this week to provide a range of employment rights to drivers should be extended to the safety standards applied to cars and vans.

Golding added that in the wider gig economy, some home delivery and courier companies have long operated outside of normal safety bounds.

“There have always been some issues with people using their own unsuitable vehicles for business activity but, when this was limited to, for example, a relatively small number of pizza deliveries by teenagers using their old cars, the potential for issues was minimal.

“However, we’re now in a situation, partially prompted by the pandemic, where gig economy drivers are delivering millions of parcels every day and the courier companies who employ them often outsource the entire issue of safety to the driver.

“This demands the question – if the recent example of Uber means that those drivers are being brought under legally-required employment practices, why does the same not apply to legally-required safety standards of those vehicles that are being used on business?

“Every other company operating vans in the country has a responsibility to ensure that they are maintained in a roadworthy condition in accordance with recognised manufacturer standards in a manner that is fully auditable. These duty of care measures exist to protect their drivers and other road users and, if problems occur, employers can face prosecution and a range of very serious penalties. There is no good reason for this to be suspended anywhere.”

Golding added that his comments were targeted not at drivers but the gig economy employers who enforced these kinds of working practices. And he reiterated his previous comments that the fleet industry should look at ways of ensuring that these businesses start to adopt the same kind of everyday operational measures as other company cars and vans.

“Companies operating on this basis need to start to align to fleet industry norms on safety. These driver-owned vehicles are grey fleet and, as every good fleet manager knows, that means the employer has the same responsibilities as for company-owned vehicles.“Home delivery and courier companies should, at the very least, be looking at driving licences, maintenance records, insisting on regular walkaround checks and ensuring that vehicles are fit for carrying their payload. These are safety essentials for every fleet as well as being a legal and a moral responsibility.”