Getting practical about fleet electrification

By Contributor / 1 year ago / Opinions / No Comments

Julie Furber, VP of electrified power at Cummins, on how commercial vehicles can follow passenger cars on the road to electrification. 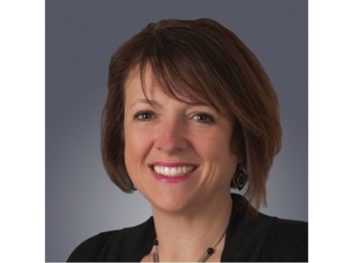 There is much that is worth celebrating in the Mayor of London’s recently announced plans for the future of electric vehicles in the city. Going beyond aspirational discussions around electrification, the declaration outlines a number of key moves which speak to various parts of the electrification puzzle – and, if successful, will be an important part of Sadiq Khan’s legacy in London.

Khan has positioned these policies as preparing the way for an ‘electric revolution’ in London’s transport network but, as with any revolution, the problem is not as simple as making one big change. Successfully rolling out EVs for urban transport depends on four key factors: it requires technological maturity, economic reality, regulatory surety, and infrastructural capacity.

The technology is something that companies have been making great strides on in recent years, whether that be the longevity, capacity, and affordability of batteries, progress in the efficiency and power of electric motors, or the reduction of charge times for electric vehicles. This alone is not enough to bring EVs into the mainstream, however, making Khan’s plan – which speaks clearly to the remaining factors – a huge step for the future of innovation across the sector.

On the economics, for instance, his intention to expand electric car clubs promises to help bring people into the EV ecosystem, even where they can’t necessarily afford the upfront cost of an electric car. Infrastructure, likewise, is vital: just as petrol and diesel vehicles would be unviable without a network of fuel stations, growth in the numbers of charging points will make EVs a realistic option for vastly more people. And all of this, of course, reassures both the industry and consumers that there is a clear regulatory direction for EVs in the city, and that over time an electric car will provide great value.

All of this is a boon to an industry which, in this country, faces potential turmoil in the near future, especially in terms of the uncertainty over how the country will ultimately leave the European Union. The Mayor’s announcement was followed by more good news for the passenger car sector in terms of BMW and JLR’s announcements that the all-electric Mini and the electric Jaguar XJ, respectively, will be produced in this country.

Looking beyond the passenger car

However, what this focus on private cars and taxis says most clearly is that the commercial vehicle sector is under-represented and needs to catch up. According to the most recent available figures from the Office for National Statistics, whereas passenger cars account for 55% of transport emissions, 35% of emissions come from light duty vehicles, heavy goods vehicles, and buses. For the industry to grow the share of passenger cars running on electric drivetrains generally demands winning buy-in from consumers on a one-by-one basis. Commercial fleets, by contrast, can be transformed more cohesively; there is here broad, valuable, and under-considered potential to diversify the country’s traffic towards lower emissions.

Those same four factors for electrification, of course, apply just as much to rural and intercity traffic as they do to urban traffic, and just as much to large vehicles as they do to small passenger cars. To take one example, charging infrastructure is becoming increasingly dense in London, but has yet to achieve the critical mass required for a company to confidently route, say, a delivery van to anywhere in the country.

Pushing the commercial vehicle sector forward in its electrification journey, and priming it for a diversity of power sources in the way that London now seems to be primed for passenger cars, demands significant investment. Financial capital is needed to build out the infrastructure that EVs need and ensure that the economics work for companies looking to decarbonise their fleets. Just as importantly, both industry leaders and political leaders need to stake social capital on the electrification of commercial vehicle fleets if the country is to meet its 2050 carbon-free target.

Not every vehicle will be, or can be, running on a battery electric drive train any time soon. However, there is a huge opportunity for decarbonisation here, if we choose to coordinate ourselves and take it.