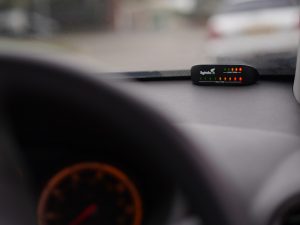 Under a pilot scheme to monitor engine performance, the council introduced the dashboard-mounted Lightfoot device. This offers drivers real-time guidance and feedback on the greenest, safest and most efficient driving techniques, with the aim to encourage and reward, better driving, improved fuel efficiency and reductions in CO2 emissions.

The telematics device was deployed under vehicle dashboards, plugging into the car’s Engine Control Unit (ECU). with every participant’s driving improving each week, reducing the average time spent in the dangerous red zone (where harsh acceleration and risk are at their highest) by three quarters. Drivers also reported feeling safer, more confident and that they had more fun on the road.

Key results from the trial included: