Fleet operators are being warned of the need to re-mandate drivers on permission for licence checks in the run-up to the three-year anniversary of GDPR this May. 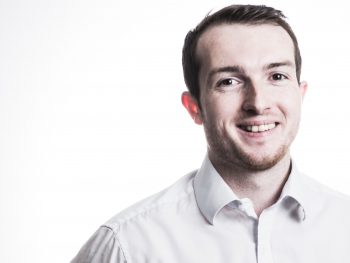 The General Data Protection Regulation (GDPR) legislation came into effect on 25 May 2018 to protect consumer data and privacy.

For fleet and transport managers responsible for company vehicles, GDPR meant that it was necessary to re-mandate all drivers, vocational and otherwise, so that DVLA driver records could be accessed correctly using the updated authorisation necessary under the Regulation.

As the countdown begins to GDPR’s third anniversary, many companies will find that a significant proportion of their driver permissions will expire and need renewing this year. Latest Licence Check figures show a 200% spike in licence re-permissions in June which coincides with the introduction of the original GDPR.

Fleets will still need to comply with the legislation despite Brexit as the principles of the EU Regulation have now been incorporated into UK data protection law. Furthermore, those businesses that operate or offer goods or services in the European Economic Area may also need to continue to comply with the EU regulation as well.

But on the plus side whereas at one time driver consent could only be obtained via a paper mandate and a ‘wet’ signature, changes to the DVLA rules and increased automation has now introduced a growing number of methods of capturing digital driver authorisation which mean much lighter workloads for fleets.

“Licence checking software has come a long way and many providers, including ourselves, now offer several ways to obtain driver permission, most of which are fully digital,” said James Povah, senior developer at Derby-based Licence Check, part of the Ebbon-Dacs Group.

“This can cut down administration time hugely for fleet operators and make what was once a truly onerous, time-consuming task much more straightforward, less stressful and increasingly efficient,” he said.

Surprisingly, some businesses still actually prefer a paper-based mandate, so this option is still offered within DAVIS, although it is declining in popularity.

And the latest addition is the soon-to-be-launched SMS Permission application, Licence Check’s fastest and most efficient method of ‘onboarding’ drivers, which can be carried out remotely and is simpler, faster and more accessible for drivers.

“It’s important to prepare to re-mandate your drivers and get a good understanding of your driver data now so that you can plan ahead and avoid a last-minute rush before the existing permission expires,” he said.

“Use system-generated reports that show exactly when the greatest number of licence permissions expire and plan accordingly. At Licence Check we are already working with clients on this and, are easily able to highlight those drivers whose permission is about to expire.

“Renewing driver mandates no longer has to be a headache, thanks to increased digitisation and different operational methods. It actually presents a timely opportunity to ensure all your driver records are reviewed and brought up to date and in line with the regulation,” he finished.

Previous: Fleet Supplier of the Week: Sofico
Next: Pricing and specifications for updated Citroën C3 Aircross