The campaign entitled ‘Driving Better Mental Health’ aims to support and improve mental health amongst commercial vehicle drivers who can suffer from loneliness and social isolation, starting with a game of chess. 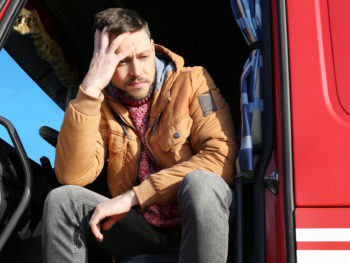 Isolation, lack of exercise and being away from home for long periods of time has a known detrimental effect on drivers according to studies, though little has been done to tackle the problems and support better mental health, claims the campaign.

Using a short game of chess, the campaign will provide drivers with the opportunity of connect with others in their community. 5asideCHESS is a Social Enterprise determined to reconnect people in a disconnected world through a short form game of chess, which can simply be used by experienced players and novices alike to connect and engage. They are promoting chess as a simple and effective way to get people back into the ‘Art of Conversation.’

The campaign was launched at the CV Show and is backed by road safety scheme, How’s My Driving?, the National Recruitment Line and Karoma.

David Footitt, How’s My Driving? special ambassador said: “Research shows that maintaining good mental health is an important subject for us all. With the needs of the job, commercial vehicle drivers tend to be isolated for long periods of time and can lack the benefits of regular social interaction. Mental health can quickly suffer.

“Drivers can quickly strike up a game of chess wherever they take their stops and use the game as an opportunity to chat, re-ignite friendships and find new ones. ‘Drive Better Mental Health’ aims to introduce and promote the 5asideCHESS concept to the logistics industry and get people playing, talking and connecting.”