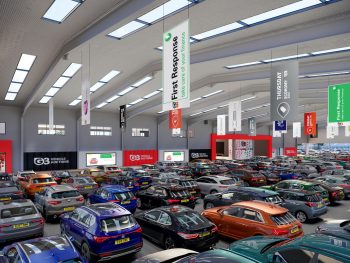 The motor finance expert is already a G3 customer and has now signed a new extension to its solus contract with the auction specialist.

The deal comes ahead of G3’s upcoming move into the new 14-acre vehicle marketplace in January 2021, with the two companies now committed to a nationwide recovery and disposal agreement until 2023.

Nottingham-based First Response Finance has offered vehicle finance for over 20 years supporting over 185,000 customers. It’s been working with G3 Vehicle Auctions began in 2017 and has seen a significant increase in units remarketed through G3’s auction lanes since.

G3 was initially contracted to manage the disposal of all First Response Finance’s vehicles in a Champions Challenge to trial its E-Recovery software solution. The contract extension means that First Response Finance will now offer all of its disposals through G3’s sale events every Tuesday and Thursday with instant decisions on bids.

Paul Heaton, team manager at First Response, commented: “One of the key reasons we chose G3 was the uplift in financial returns using their E-Recovery management software which we use to track all our collections in one place and we’re now able to report on our assets in real-time. To recognise the levels of service that G3 are providing by awarding a long-term extension to the contract shows we are fully committed to the partnership.”

Previous: Audi A3 gets 204hp plug-in hybrid
Next: Updated Kia Picanto and Rio now on sale