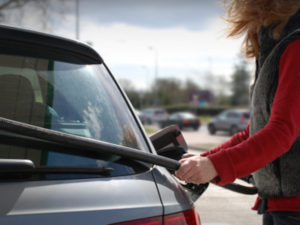 Asda is cutting fuel prices to a new national price cap of 110.7ppl on unleaded and 112.7ppl on diesel

Asda has announced that from tomorrow (15 November) it will drop the price of fuel by up to 3ppl, bringing prices down to a new national price cap of 110.7ppl on unleaded and 112.7ppl on diesel at all 294 filling stations. Other supermarkets are expected to follow suit.

Asda’s latest income tracker for September shows that year on year, fuel prices have increased by 1.4%, marking the first time in over three years that the data has shown an increase in vehicle fuel prices from the previous year.

Asda’s announcement comes on the back of calls last week from the RAC for supermarkets and garages to slash prices following a fall in wholesale prices of around 4p since 25 October.

RAC fuel spokesman Simon Williams responded: “While this level of cut is clearly good news it has come far too late as the wholesale price of fuel has been falling since the end of October when the oil price began to fall again.”

He added: “Retailers should have reduced their prices then rather than making one bigger headline-grabbing cut now. The RAC called for a cut last week so it’s a case of better late than never.

“The first two weeks of November unfortunately prove that the ‘rocket and feather’ does exist. This is a great shame as retailers previously had a good record of lowering their prices in response to wholesale cost savings.

“In fact there is still scope to reduce pump prices further as RAC Fuel Watch shows the national average price of petrol should fall from its current 116.68p a litre to nearer 110p.”