Fleets should be braced for the start of fuel price rises, new RAC Fuel Watch data suggests, despite the lowest price per litre of petrol for four years marked in May at 106p. 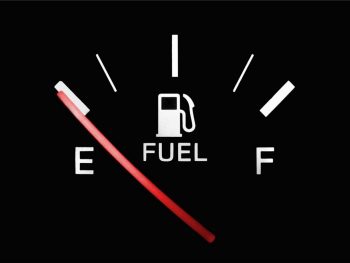 The average price of a litre of petrol and diesel was down 3p, saving drivers over a pound on a fill-up

Supermarkets proved the least expensive fuel stations, with all the major retailers having firmly held their low prices for three weeks. Three retailers – Tesco, Morrisons and Asda – are all selling unleaded for around £1 per litre, while the cheapest diesel can be found for 104.7p at Asda and Morrisons.

However, these low fuel prices may not be around for very much longer as a result of a rebound in the world oil price, which was up $15.59 in the month to end May at $34.44 a barrel (an 83% increase), wholesale petrol prices rose by 7p during the course of the month, with diesel up 4.5p.

The RAC believes that these wholesale price increases could very quickly translate into increases to drivers at the pumps during June.

RAC fuel spokesman Simon Williams said: “The impact of the coronavirus has dramatically reduced the global demand for oil, which is forcing major oil producing nations to agree production cuts to shore up the barrel price. How far they go with these cuts, and how quickly, will be crucial in determining what happens with prices at the pumps over the next few months. Last month, as we expected, the oil price began to creep back up. If this continues in June, a rise in the cost of filling up is almost inevitable.

“For now though, drivers should fill up when they can to benefit from what are the lowest prices for four years. While the impact of the coronavirus is set to be with us for a long while yet, we don’t expect such low pump prices to be.”