Average pump prices rose in August, despite a price cut at the start of the month, latest figures from the RAC Fuel Watch indicate. 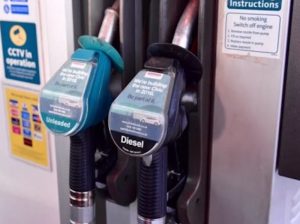 The slight increases cancelled out the fall in the average price of both fuels that took place in July and has been triggered by the rising price of a physical barrel of oil, up $6 (or 15%) in August and ending the month at $46.28, albeit down from the mid-month high of $49.78.

Commenting on the outlook for the coming weeks, RAC fuel spokesman Simon Williams said: “There has been much speculation that the Organisation of Petroleum Exporting Countries (OPEC) might agree a curb on oil output, together with some non-OPEC members such as Russia, which could lead to price rises. But there has been this sort of speculation before and to date, no caps on production have been agreed and supply is still outpacing demand meaning the oil price has remained relatively low. It remains to be seen if, following a planned meeting in Algeria in late September, anything concrete is agreed which may give us a clearer idea of where oil prices, and therefore fuel prices, might be heading into the end of the year.”