Fuel prices on the up again 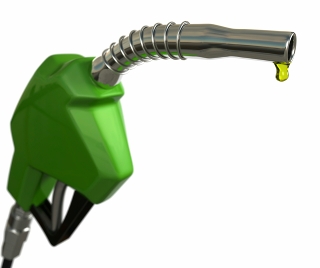 In the past fortnight, petrol and diesel prices have risen 1.5p a litre, according to the AA Fuel Price Report. This comes as the price of oil rebounds 30% since mid January, from $46 a barrel to above $60 last week.

At the start of last week, it was still possible to find petrol selling at 103.9p a litre in many built-up areas as supermarkets and some non-supermarkets delayed the price rises. However, drivers started to complain as prices at some forecourts rose a penny a day in quick succession.

The AA added that despite some rapid price rises on many forecourts in recent days, the full force of a 4p-a-litre hike in wholesale costs has yet to hit the average pump price.

The organisation added that motorists remain cautious over driving habits.

‘While the focus was on the remote possibility of a £1 a litre for petrol, motorists bitten by years of severe price volatility and having a little more sense continued to drive cautiously. UK petrol consumption has remained lower than when it was 13p a litre more expensive,’ says Edmund King, the AA’s president.

‘As the AA has always said, the best guide to where prices are heading is recent history. In 2009, following the previous year’s oil and pump price crash, the petrol price rebound started in the first week in January. Six years later, it was the first week of February – only one month later.

‘In 2009, supposed “green shoots” of recovery based on Chinese economic activity sent speculators back into commodities. Last week, the International Energy Agency (IEA) reported that “Oil prices rebounded from near six-year lows… as market participants took stock of declines in US rig counts and relatively positive US economic data.” This is despite the IEA reporting that Q4 2014 oil supply of 94.34 million barrels a day outstripped demand of 93.53 mbd – with Q1 2015 demand expected to fall to 92.55 mbd and Q2 down to 92.45 mbd.’

King added: ‘There is hope that the price of oil will settle back to around $50 a barrel. However, the lesson of 2009 is that, apart from a short period of falling prices in the summer, the cost of petrol maintained a gradual climb through to the May of 2010. Today’s mpg misers may yet have the last laugh.’