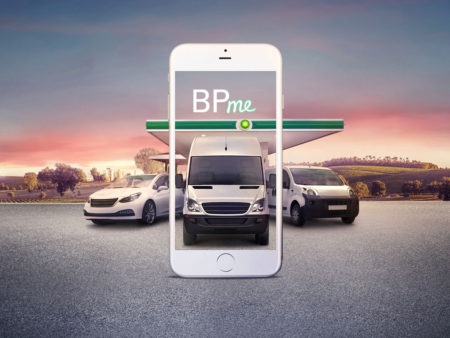 Announced last summer some five months after the initial launch of the app, the move saw the app extended to cover BP fuel cards, helping to reduce fuel fraud and wasted time at the forecourt as well as greater accuracy in reported fuel and mileage.

In the six months following the move, a total of 3,000 cards became active on the app, resulting in more than 15,500 fuel card transactions since the launch. The total volume of fuel paid for via fuel cards accounts for nearly 900,000 litres, making up 10% of the BPme volume since the launch.

Clients who have commented on the benefits include BioMarsh, the liquid waste management company.

“Our business has changed so much over the years, but the BPme app has really supported our growth and enables our 80 vehicles to keep moving,” said Steve Strudwick, general manager at BioMarsh. “We get really good support from our account manager at BP, including a report on a weekly basis filled with data that we can analyse to look for improvements in our business.”

One of the main features of BPme is that employees can log in and see where their nearest garage is and use it to access fuel wherever they are. They can also enter and exit the forecourt quickly, which increases business efficiency.

The app also remembers a driver’s registration from the first time they enter it, saving the driver having to remember, and helping fleet managers to track activity and tackle fuel card fraud. Strudwick added: “We’ve had incidents in the past where ex-employees take fuel cards with them and use them in a fraudulent manner, but now that’s not possible – we can quickly spot if something is going wrong.”

Jo McDonnell, UK fleet sales manager, BP Fuel Cards commented on the six-month milestone: “We are so pleased to see the success of fuel card functionality on BPme. Time is quite literally money for fleets, and BPme decreases the time spent on both fuelling at the pump and on admin back at headquarters.”

Previous: The Deritend Group renews CBVC fleet deal
Next: Majority of drivers unaware of what a clean air zone is