By Katie Beck / 4 years ago / Latest News / No Comments
A new analysis of professional drivers by the Freight Transport Association (FTA) shows a drop in driver shortages across the UK but highlights the sector’s reliance on staff from the European Union. 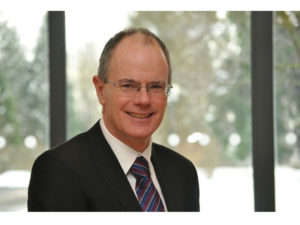 The independent ‘Driver Shortage: issues and trends’ report, prepared for FTA by RepGraph Ltd, calculates the shortfall between the number of registered HGVs and the number of qualified drivers is 34,567 – back to the pre driver crisis levels of 2012. This is attributed to an increased number of employed truck drivers and rising salaries, on average twice the rate of inflation through overtime and bonuses.

However, according to the FTA, the challenge for vehicle operators is far from over with only 530 unemployed drivers claiming benefit in August 2016, meaning there is no pool of qualified drivers on which employers can draw. This is especially relevant at peak times, such as the run-up to Christmas.

Uncertainty over Brexit, poor roadside facilities for drivers and the high cost of licence acquisition are all impacting on the sector.

FTA deputy chief executive James Hookham, said: “The report highlights the industry’s reliance on EU nationals, with more than 30,000 – 10% of the entire driver workforce – currently employed in the UK.

“The uncertainty about their employment rights and status once Britain leaves the EU is a major concern for businesses. We urge the Government to ensure its Brexit negotiations afford special status to logistics and allow for this employment to continue so that the industry is not hit by another driver shortage crisis.

“We also need better roadside facilities – especially if we are going to attract more women into the industry – and more help from Government with the cost of acquiring a vocational licence, which is often cited as a barrier to recruitment.”

The report shows the average age of newly qualified drivers is 34 (compared with 48 for the overall driver population) meaning over half of those who took a HGV driving test last year were under the age of 35.

FTA will publish the report on a six-monthly basis. To view a full copy, click here.