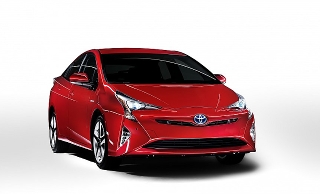 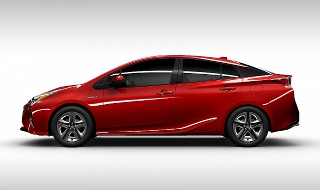 Set to debut at the Tokyo Motor Show later this month, the new model brings significant changes to the full hybrid powertrain. Although the powertrain retains the current 97bhp 1.8-litre VVT-i petrol engine and 71bhp electric motors, there is a new nickel-metal hydride (NiMH) hybrid battery now situated underneath the rear seat.

In addition, changes to the petrol engine, including a dual cooling system, increases its thermal efficiency to 40%. Meanwhile full hybrid system components have been made smaller and lighter, including the electric motor, transaxle, power control unit and hybrid battery.

Other changes include a drive assist system to provide more responsive driving, with adjustment of engine braking performance and throttle response in line with driver needs.

The new Prius also introduces the Toyota New Global Architecture (TNGA) modular platform, which will underpin a number of other future models and will bring manufacturing efficiencies. For the Prius, it also delivers a low centre of gravity for improved handling as well as increased space. This is helped by the relocation of the auxiliary batteries from the boot to the engine compartment while the new hybrid battery is now beneath the rear seats. As a result boot volume has increased from 445 to 502 litres. Length also increases by 60mm to 4,540mm.

The new Prius also marks the extension of the Toyota Safety Sense package of safety features with the addition of radar-governed Adaptive Cruise Control and a pedestrian recognition capability in the Pre-Collision System. Additional systems include a Blind Spot Monitor and Rear Cross Traffic Alert plus a new, intelligent parking sensor system.

Other features include an improved multi-information display in the driver’s instrument binnacle, a new colour head-up display and an automatic air conditioning system that detects whether the front and rear passenger seats are occupied and adjusts ventilation and heating performance accordingly.