Ford’s S-Max and Galaxy MPVs have been updated to feature new engines and technologies. 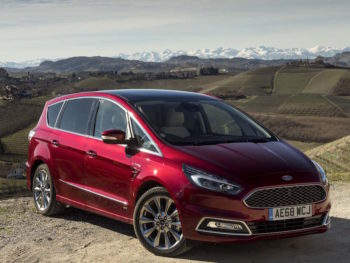 Both models are now offered with Ford’s WLTP-tested 2.0-litre EcoBlue diesel engine, which replaces the previous Duratorq units and brings outputs covering 118bhp, 148bhp and 187bhp. A bi turbo version is also available with 237bhp.  The line-up will also be extended by the end of the year with 163bhp petrol engines.

Also available is a new eight-speed automatic transmission, designed for smoother shifting and operated using a rotary gear shift dial. A six-speed manual transmission is also offered for S-Max and Galaxy models, and both vehicles can be equipped with Ford’s Intelligent All Wheel Drive technology.

New technology on offer includes Adaptive Cruise Control (ACC) with Stop & Go functionality, which is paired up with the eight-speed automatic.