Ford to end Mondeo production in 2022

Ford is to stop production of its Mondeo stalwart from March 2022 under its plans for an all-electric future. 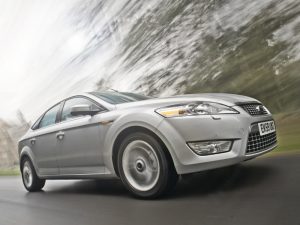 The carmaker said the current fifth generation of the upper-medium fleet favourite will be the last; changing customer preferences have led to a drop in sales that makes a new electric version unfeasible.

It means a farewell to the Mondeo, which first launched in 1993 as the replacement to the Sierra and was the brand’s first ‘global’ car. It’s sold around five million units in Europe to date.

The seven-seat Ford Galaxy and Ford S-Max will, however, remain in production due to continued customer demand for MPVS and supported by the recently launched full hybrid versions.

In today’s statement, the brand added that it’s fully committed to evolving its passenger vehicle portfolio in Europe, strengthening its position with vehicles such as the Kuga, Puma and Explorer PHEV, tapping into buyer demand for both electrified vehicles and crossovers/SUVs. It had already dropped the B-Max baby MPV in 2017 and the C-Max and Grand C-Max in 2019 due to evolving driver preferences.

Ford announced in February 2021 that its full passenger vehicle range in Europe will be either zero-emissions capable, all-electric or plug-in hybrid by mid-2026, en route to being all-electric in Europe by 2030.

The carmaker also announced today that its work on electrification will see a new 2.5-litre Duratec hybrid engine built at its engine plant in Valencia engine plant from late 2022; the engine powers the Kuga PHEV as well as the Kuga, Galaxy and S-Max full hybrid models. Ford will also increase battery pack assembly capability at its Valencia vehicle assembly operations.